In so many ways, we have gotten used to Haiti. Sometimes we find ourselves fighting the “This is just the way Haiti is” mentality, which is never good to use to explain the extreme poverty and need away. We have seen literally thousands upon thousands of orphans and orphanages. Some are amazing– like Annie who works with children who have disabilities, often bringing them home to Michigan and getting them prosthetics or New Life Orphanage, which is an almost completely self-sustaining orphanage. There are more…some which should be shut down for the sheer injustice that goes on within the walls. There are those few, too, who are run by amazing, local people with no financial support. Those are the ones that get to me the most. I think all of us have a spot for those orphanages.
We are now back in Port-Au-Prince, where we will be until our flight leaves on the night of March 4th. The long-term missionaries here have just discovered an orphanage about an hour away in the outskirts of Port-Au-Prince in a smaller tent community. We had the extreme pleasure of visiting this place.
This week, we visited them and spent some good time with the kids. They have two tarps that serve as…well, everything, as of now. We brought them tents and set them up as the new “Children’s Dorms”. We played games and gave them a party at the end of the week. Laughing, singing and having a good time, we enjoyed our time with the children there. We also brought lots of food, so they will have a supply for a while. 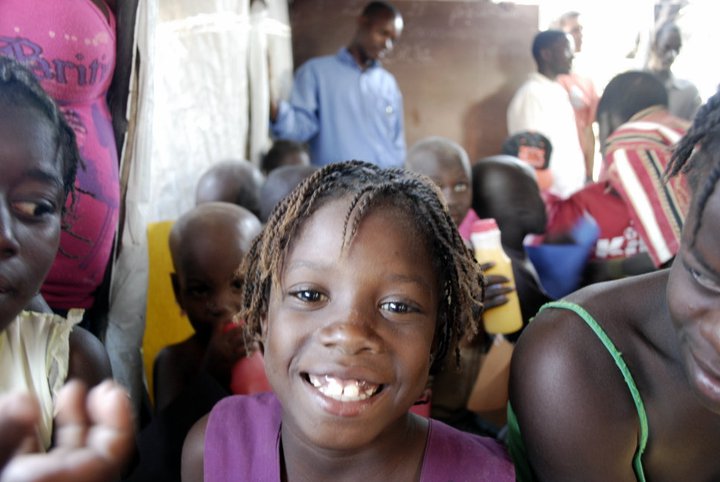 Please consider adding this orphanage to your prayer list. The woman who runs New Life Orphanage has offered to take it under her wing, but it still needs a lot of help. We just dedicated money to the orphanage for a fence, which was their biggest need. Currently, some members of the team are praying about coming back to do a water project.
It has been hard for us to see the despair of the people here. But, what we have learned is this: God is still among them. Why else would He say “Blessed are the poor…blessed are the meek…blessed are those who seek after Me?” He remains among them and is their blessing. We are blessed whenever we are around them. Such sweet kids, such amazing people running the show… and we are excited to be a part of it!